Rent a Car In Israel
Login to your Eldan account 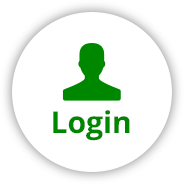 Who is a VIP Gold Customer?

A customer who has rented Eldan cars at least
seven times per year, may become a VIP Gold
customer. Membership is for a period of one year.


Eldan keeps VIP Gold Customers’ personal details
(i.e. passport number, driver’s license, etc.),
so that every time you rent a car, you will be able
to enjoy the VIP Gold Club benefits.

A unique service currently provided only at the
Ben Gurion Airport branch.

What are the benefits for you?

How does it work?

*Please Note!
The credit card details used for your reservation must be those of the person driving the car. When you arrive to pick up your car, please bring this credit card, a valid driver’s license and passport.


Eldan does not guarantee a specific model within the collection and may substitute between models.

Eldan does not guarantee a specific model within the group and may substitute between models.

The airport of operated by the Israel Airports Authority and serves as the center of El-Al, the largest Israeli airline company. The airport is also used by other Israeli airlines – Israir, Arkia & Sundor. The Ben-Gurion airport is one of the busiest airports in the Middle East. During 2015, it has seen 16,299,200 in 118,881 flights. In 2016, the number of passengers in international flights is expected to exceed 17 million people. The airport also habits the Israel Aerospace Industries and the Israel Airports Authority.